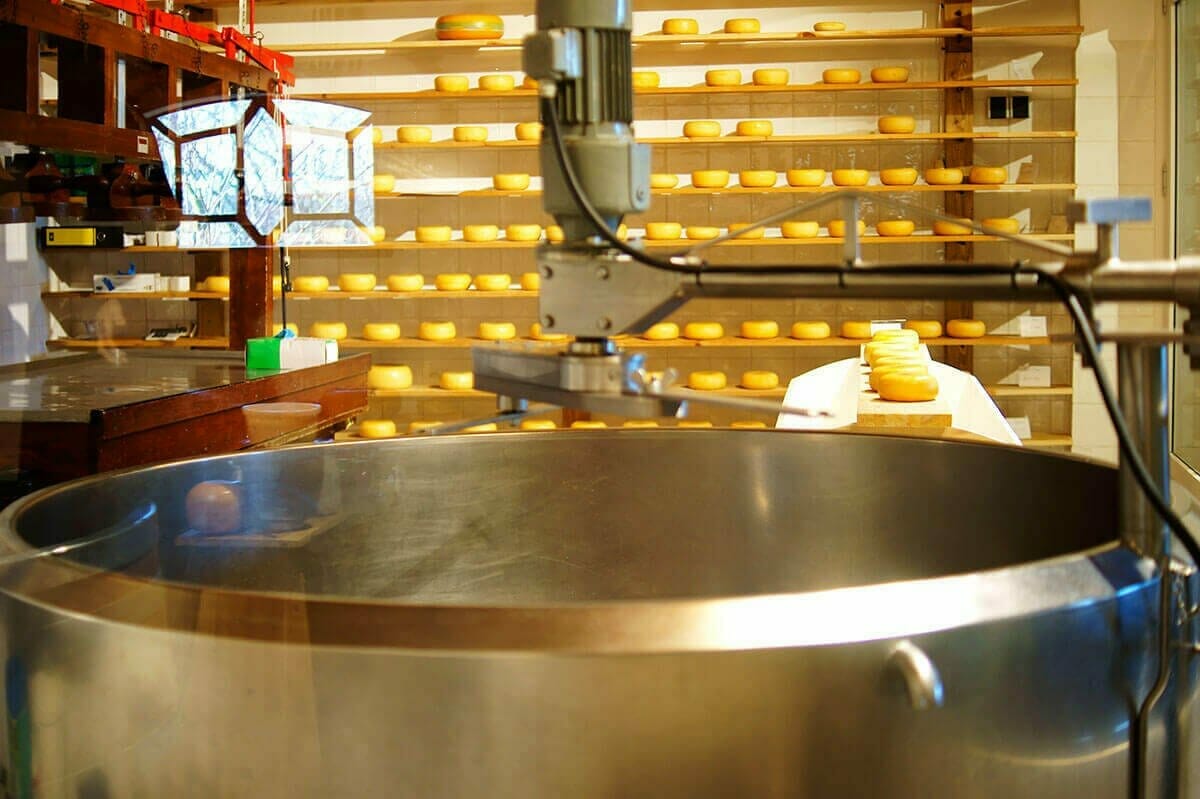 Sensor and Cloud Management System Integrated into a Cheese Factory

They have a global turnover of more than 50,000 metric tonnes, and storage capacity of more than 5000 pallets, plus an estimated 17% market share of the wholesale dairy produce market globally.

The manufacturer identified several pain points within their business where they wanted to improve process to save money and make efficiencies within their operations, but specifically to:

A 1 x tonne barrel of cheese is cut into smaller blocks by a factory worker. These smaller blocks are put through a calibrated cheese cutting machine that is set to 1kg or 500gm block sizing.

The cutting machine is set to cut on size rather than weight making the calculation of the block weights difficult. After being machine cut, the blocks go through a check weighing machine and are wrapped and packaged for dispatch.

If the cheese is under the acceptable weight, it needs to be removed and taken to be reprocessed as shredded cheese – it can’t be recut to a larger size. This takes more time and labour as a factory worker needs to manually do this. Without the weigh sensor in place, 40-50 blocks of cheese can go through the cutting machine before the minders realise they are underweight. The cutting machine also needs to be manually recalibrated to ensure the blocks are getting cut to the correct size and weight.

Cutting the cheese based on size was costing the company thousands of dollars each year in loss of product sales along with increased labour costs to reprocess the “give-away”.

Rowyn Hellyar, Principal of communications company RDH Integration, along with James McCarthy, IoT Engineer with Powertec IoT Division initially visited the factory to scope and implement the solution as a proof of concept for the company.

RDH Integration installed a myinsight.io RS232 Input Sensor to monitor the weights of each cheese block on the check weighing machine. This sensor measures the give-away, which is the additional grams of cheese over the 1kg or 500gm weights.

The sensor sends data to the cloud management system (also available as an on-premise system) to allow real-time calculation of give-away per block, the blocks weighed per minute, time spent not in production, and errors in the factory causing stoppage of production.

The weigh sensor uses WiFi via the commercial router to send data to the cloud platform. This data is displayed on the client dashboard and can be used for analysis of production.

As the cheeses can all be different densities, it is very important that the weigh sensor is accurate. The manufacturer preferred each block to be slightly over the set weights but required to be flagged where the weight was considered too high. A higher weight is loss in profits as the cheese is essentially given away for free.

With the success of the concept, the solution is now planned for roll out across all factory lines.

Connectivity at the factory will be addressed before the roll-out to all cold rooms and processing rooms to ensure data transfer is robust and can provide ongoing information for this business. 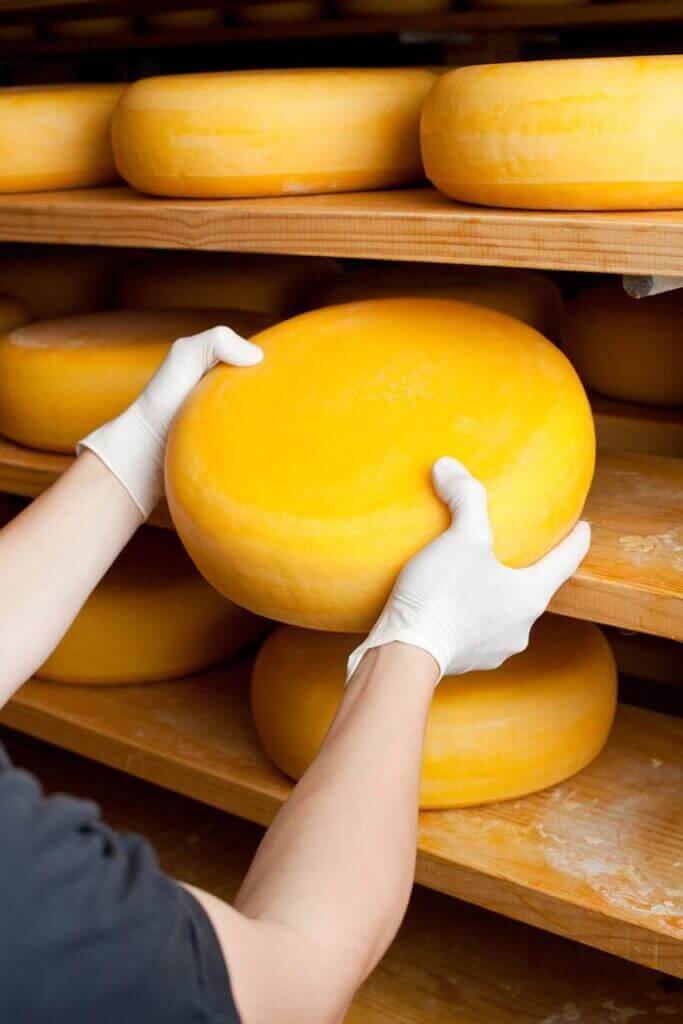